What is Laser Scanning? 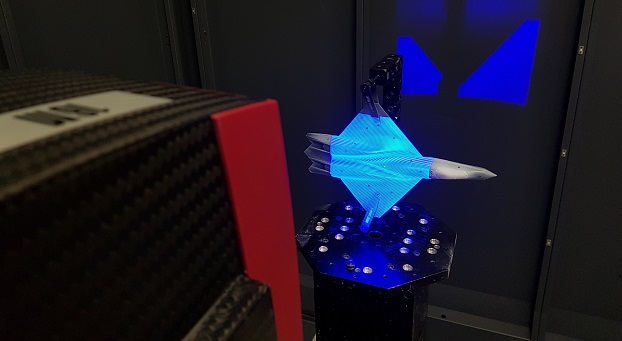 What is Laser scanning?

Laser stands for Light Amplification by the Stimulated Emission of Radiation. 3D laser scanning uses a laser beam to scan parts. There are various types of laser scanners, but the most commonly used are: handheld, where the beam sweeps over the part and tripod mounted, where the laser line sweeps across an area or measures a single point. The scanners can also be attached to an arm or traditional CMM gantry, however this sometimes limits scanning to a finite size, which can increase the risk of human error and introduce a level of uncertainty to the measurement.

3D scanning using structured light is a fast, highly-accurate and non-destructive method of capturing the physical form of an object digitally. Much like laser scanning, the digital data captured via 3DSL scanning can then be used in product design, visualisation and inspection to assist design engineers with quality assurance, design modifications and improvements.

Rather than using a laser beam, 3DSL optical scanning uses two high resolution digital cameras in order to capture the data. A digital projector and Light Emitting Diode (LED) project a fringe pattern across the surface of the object using a narrow wavelength of blue light. By using the two digital cameras and applying the principles of triangulation, the sensor measures to a very high level of accuracy. This creates a high-density point cloud of surface measurements which can be used for a wide variety of applications.

Both laser scanners and 3DSL scanners produce high-density point clouds or polygon mesh which can be inspected directly to a CAD model, geometry or manufacturing drawings or, for legacy products can be reverse engineered using specialist software.

Laser scanners capture the data once as the line passes the illuminated object.  3DSL scanners sample the data many times, as fringe patterns of blue light of varying width and phase capture the form of the object. Due to the repeatability, traceability and high- resolution of measurement, the accuracy of a 3DSL scanner is described as inherently higher than that of a laser scanner. Both systems are largely unaffected by the ambient light conditions, making either type of system suitable in industrial applications. Due to the higher level of accuracy afforded by 3DSL scanning, it is particularly suitable for measuring very detailed items, capturing defined edges of parts such as turbine blades. For this reason, 3DSL is the preferred method of data capture for Aerospace and Power Generation industries due to the high-level of accuracy, resolution and full traceability of the data. 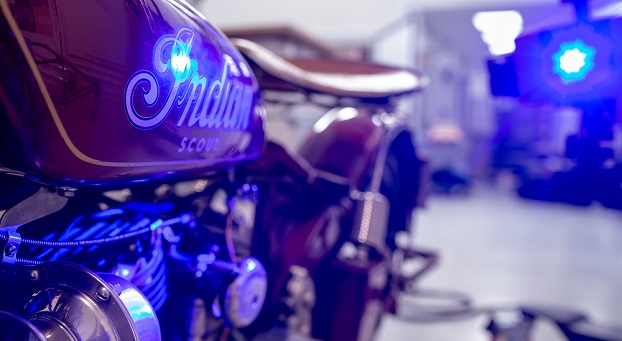 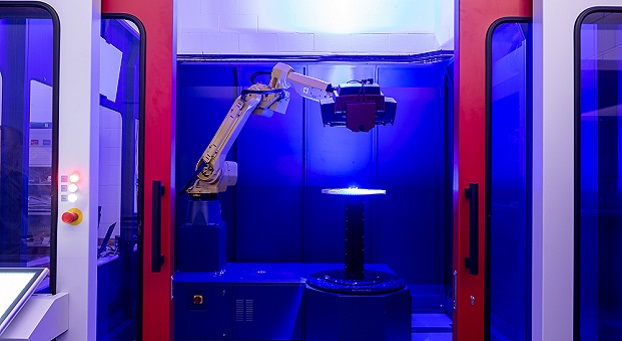 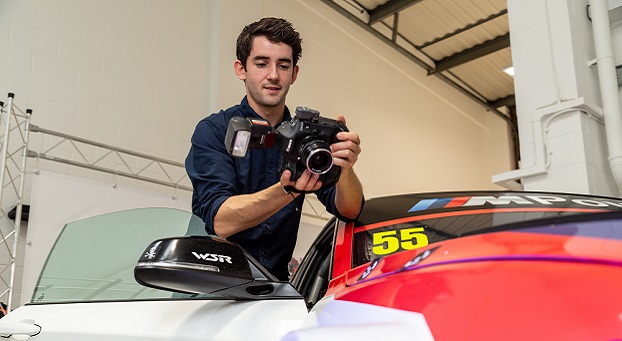 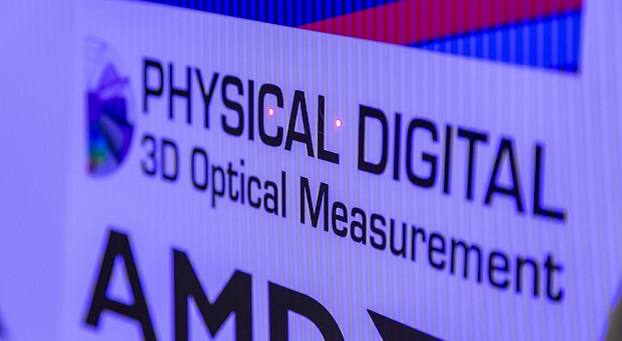 One of the big differences between Laser scanners and 3DSL (blue light) scanners is the intensity of light used. Laser scanners focus intense light and energy into a very small area and therefore one of the largest safety concerns around this is eye-safety. Blue light technology does not project with the same intensity, and therefore does not present the same risks. This makes the 3DSL technology easy to implement in a wide range of environments as it presents minimal safety issues when being used in open workshops or design studios.

The potential scanning area of the GOM ATOS system we use at Physical Digital can be extended without impacting on the accuracy of the scan data through the added benefit of using the GOM TRITOP photogrammetry system.  Photogrammetry is a separate metrology system designed to capture reference points using multiple digital images, using a verified DSLR camera.  The GOM system can use these reference points to extend the potential scanning area, which means it is possible to capture large objects such as entire aircraft or boats.  The majority of laser scanners do not have the ability to integrate with photogrammetry or other single point systems such as laser trackers, meaning that the accuracy when scanning larger objects can be compromised.

Physical Digital are the UK’s leading provider of 3DSL Scanning

As the UK’s leading service provider for 3D scanning metrology and reverse engineering, Physical Digital have invested heavily in the industry-leading GOM metrology system which uses 3DSL as its method of data capture. Physical Digital maintain the highest level of industry calibration and traceability for all their GOM metrology systems and where required utilise the GOM photogrammetry systems with traceable artefacts of less than <1µm uncertainty.

The 3D scanning systems used by Physical Digital record all measurement data within its dedicated specialist software. This allows vital information to be recalled at any time, such as calibration information, measurement temperature, part numbers and lighting or movement changes, along with maintaining a fully parametric link from measurement data to final report. This offers a huge advantage over every other system currently on the market and provides the full traceability required for high liability manufacturing.

Our GOM ATOS Triple Scan and Compact Scanning systems are fully mobile enabling our expert team to complete measurement at your facility, reducing the downtime of your production parts. For repeat and batch measurement projects, our automated ATOS ScanBox is the ideal solution, providing highly accurate and cost-effective data capture for larger projects.