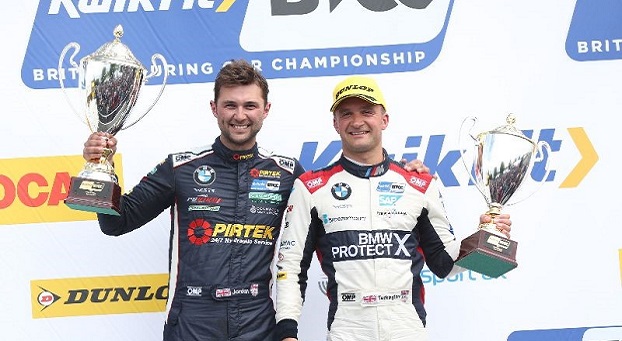 Team BMW’s Colin Turkington became the sole leader of the British Touring Car Championship with a strong raceday performance at Croft that culminated in a podium finish. The Northern Irishman, who is aiming for a record-equalling fourth BTCC title this year, finished second in Race Two behind the similarly WSR-run BMW 330i M Sport of Andrew Jordan and added fourth and sixth-place finishes either side of it.

That contributed to a 42-point haul for Colin, who began the day sharing the top spot in the Drivers’ Championship, but ended it with an 11-point advantage and with BMW taking the lead in the Manufacturers’ Championship.

Team-mate Tom Oliphant, who had equalled his career-best qualifying performance with fifth place on Saturday, sat on Colin’s tail throughout Race One to take a strong fifth place, which also made him the highest-placed driver contending for the Jack Sears Trophy. But the Leamington Spa-based driver was hit at turn two after the start of Race Two and spun to the tail of the field moments later while sitting fourth; prompting a tenacious recovery to 18th by the chequered flag. Tom was one of a handful of drivers to gamble on slick tyres for Race Three after a brief, but heavy, rainshower had doused the circuit. With track conditions not improving as quickly as expected, and slick tyres only proving as fast as wets in the final couple of laps, he finished 23rd.

Tom lies 13th in the Drivers’ Championship and second in the Jack Sears Trophy with Team BMW retaining second spot in the Teams’ standings with four of 10 rounds now complete.

The next event takes place at Oulton Park, Cheshire, on June 29-30; a circuit where Team BMW won twice last year.

“It’s been a great weekend for me. I came here sharing the lead of the points and I leave in front on my own, which is exactly where we all want to be. Second, fourth and sixth represent big points and was as much as I could hope for. We improved the BMW throughout the day and in Race Two especially, without so much success ballast on board, it just became much more lively. It’s fantastic to drive a car that feels so good. Next we go to Oulton Park, where we’ve had some great results in the past, and even though I’ll have maximum success ballast, the aim will be to continue scoring big points.”

“Today’s a case of ‘what might have been’. The pace in Race One was an indication of how fast the car was today and I was pretty confident of getting a good start and a podium in Race Two, but then I was turned sideways at the first corner unnecessarily and then just ran wide into the dirt two corners later and went around. We gambled on slicks in Race Three, but because we’d chosen that race for our option [hard] tyres, there was just no grip and the wets hung on better than we thought, so there was no chance to gain an advantage. We’ll put this behind us and head to Oulton”

“It’s been a great day for Colin. When you start a raceday with the heaviest car ballast-wise it puts an extra pressure on the team and the drivers to find a way of still unlocking speed and fourth was a strong result. Forty-two points is a great total for the weekend for Colin and we’ve put BMW at the head of the Manufacturers’ Championship too. Tom did a good job in Race One, was unlucky in Race Two and then for the final race we took a team decision to put him on slicks that didn’t work. At least we know now that hard tyre doesn’t work on a wet track here. He had good speed and will be a contender at Oulton Park. 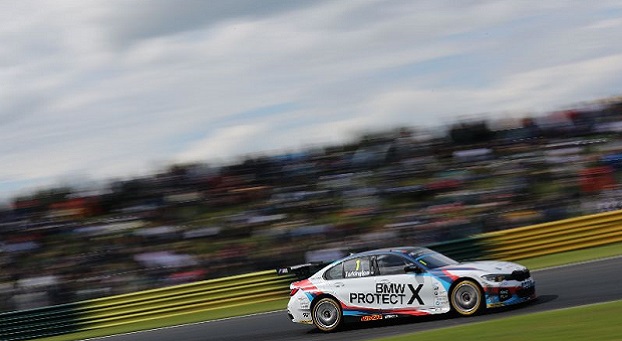 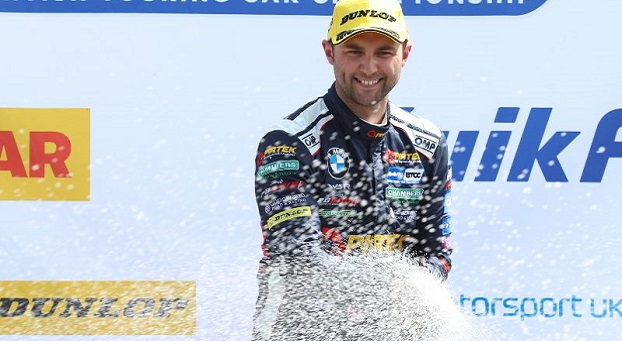 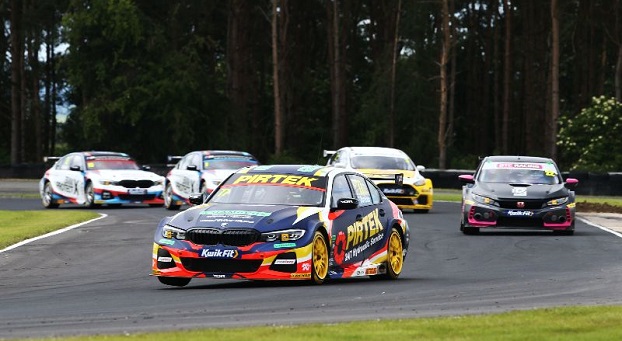 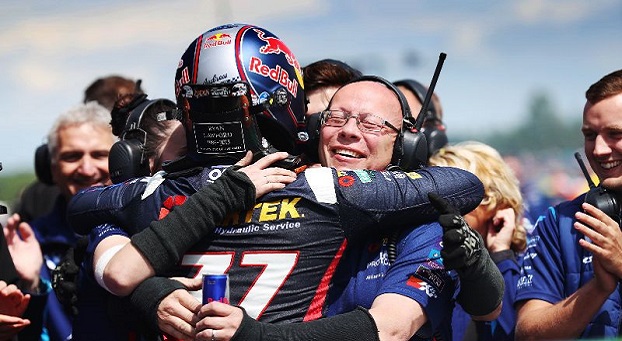 BMW Pirtek Racing’s Andrew Jordan launched himself back into contention for the British Touring Car Championship with a dominant double win at Croft. The 30-year-old from Lichfield had claimed pole position on Saturday in his WSR-run BMW 330i M Sport, converted it into a lights-to-flag victory and even claimed the bonus point for fastest lap.

Laden with the maximum 54 kg success ballast in Race Two, the 2013 BTCC champion broke clear at the start, built a five-second lead by half-distance and fended off a charge from WSR stablemate Colin Turkington to head a one-two finish for Sunbury-on-Thames team.

His fifth win of 2019 was also the 25th of his BTCC career and the seventh victory of the season for new 3 Series, which only debuted at Brands Hatch in April.

Again carrying the maximum 54 kg success ballast, but this time starting eighth on the partially-reversed grid, Andrew finished eighth to total 52 points for the weekend – equalling the highest weekend score of the season of any drive – and climbing to fourth in the Drivers’ standings. His results helped BMW to claim the top spot in the Manufacturers’ Championship and to move BMW Pirtek Racing up to eighth in the Teams’ points.

The next event takes place at Oulton Park, Cheshire, on June 29-30; a circuit where BMWs won two races last year.

“I couldn’t have asked for more today. It was pretty much perfect. I was pretty overwhelmed after winning Race Two with full ballast, because to get two double-wins in successive events is something that almost never happens in the BTCC and it shows what an amazing job WSR have done with the BMW. Thruxton proved we had the pace to win, so we came here with minimal success ballast aiming to fight for the wins. . . The title fight really starts here.”

“What a great day for AJ, who has had a terrific weekend. Winning Race Two on full weight was impressive, but he had the car superbly dialled-in today and his confidence has been high. He’s scored 52 points and the best we’ve ever had for a driver is 55, so that’s pretty much as good as you can be in the BTCC across the weekend. He is 100 per cent a serious title contender.”