Coming into the last of 30 races held this year at the iconic Kent venue, Colin needed to overturn an eight-point deficit to chief rival Dan Cammish, and was forced to start 25th on the grid in his BMW 330i M Sport after being controversially spun by Cammish’s team mate to the back in Race Two. But a staggering fightback brought him into the top 10 by half-distance, and with Cammish crashing with a lap-and-a-half to go, sixth place – added to fifth and 25th in the earlier races – proved enough to make him champion for the fourth time by just two points.

Completing the success story, BMW Pirtek Racing’s Andrew Jordan – whose 3 Series is also run by WSR – sealed the runner-up spot in the British Touring Car Championship with a podium finish on one of the most dramatic days in the series’ 62-year history at Brands Hatch.

This also enabled Dick Bennetts’ team to give BMW the Manufacturers’ title for a fourth consecutive season, and in the debut year of the new 3 Series, which won 11 races across the year and did not suffer a single mechanically-related retirement. It is the 12th overall BTCC crown won by WSR in the past 11 seasons.

Tim Rapley, Managing Director of Physical Digital, who have sponsored West Surrey Racing since  2017, said: “This season has been a whirlwind of superb racing and dramatic climaxes. We have been thrilled that our technical expertise and support has helped WSR’s success and are really proud of all the drivers and the whole WSR team.”

Dick Bennetts, WSR Team Principal, said: “Physical Digital has been a great asset to WSR in the early stages of the design of our new BMW 3 Series BTCC race cars. Without its assistance with the 3D scanning of various parts, it would have taken our design guys a lot longer to achieve the same answers. Tim and all the guys have always been on hand ready to assist when needed. It is greatly appreciated.”

Colin Turkington said: “After what happened in Race Two with being spun to the back and having to start the last race 25th, I knew I had nothing to lose, but when I crossed the line I was just in a state of shock. I’ve never won a championship in this way. Of course I feel for the other guys, but I’m also incredibly proud of this team and the work that’s been put in across the season with a brand-new BMW. I never would have dreamed that one day I’d equal the record of four championships, but here I am. That was the race of my life and I’m absolutely thrilled with this result.”

Dick Bennetts, Team Principal, said: “Colin has now equalled the all-time record of four championships, and he’s won them all in WSR BMWs, so I’m incredibly proud of him and of the job done by the whole team. The new BMW 3 Series first turned a wheel the day before the season launch, and we have managed to win 11 races and not retired from a single race due to a technical problem.”

Agonisingly for Andrew Jordan, his result left him just two points away from winning a second title, but did ensure a first one-two finish in the end-of-season points for WSR. Across 2019, Andrew has won six races – more than any other driver – and led more laps than any of his rivals, and did this despite missing two races at Donington Park earlier in the season through injury. His superb form helped BMW claim the Manufacturers’ Championship for a fourth straight season while BMW Pirtek Racing finished sixth in the Teams’ Championship and best of the single-car entries.

Andrew Jordan said: “I’m really proud of the way I’ve performed this year and of the job done by the team at BMW Pirtek Racing and WSR. Right now, I feel pretty gutted to have missed the championship by two points – which is one position in this final race – but we’ve won more races than anybody else, led more laps than anybody else and pushed Colin [Turkington] harder than any of his team-mates have in his title-winning seasons. I’ve had three great years here, helped BMW win the Manufacturers’ title every time, and had stronger and stronger seasons.” 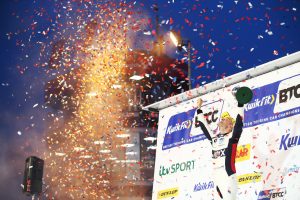 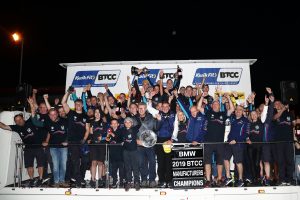 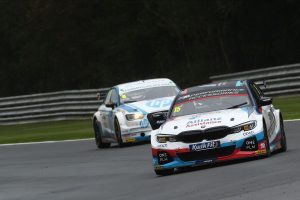 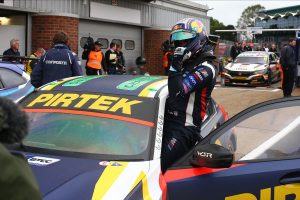 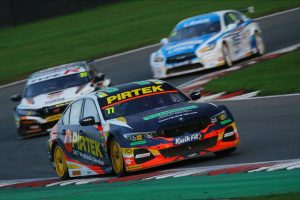 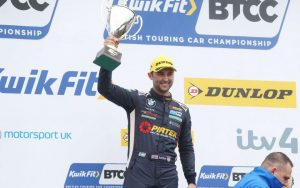