Physical Digital® are proud to be a Technical Partner to The Blades Racing Team, providing 3D measurement and reverse engineering services which enable the team to conduct analysis of the aircraft to aid future development and design modifications, helping to make the plane more efficient. 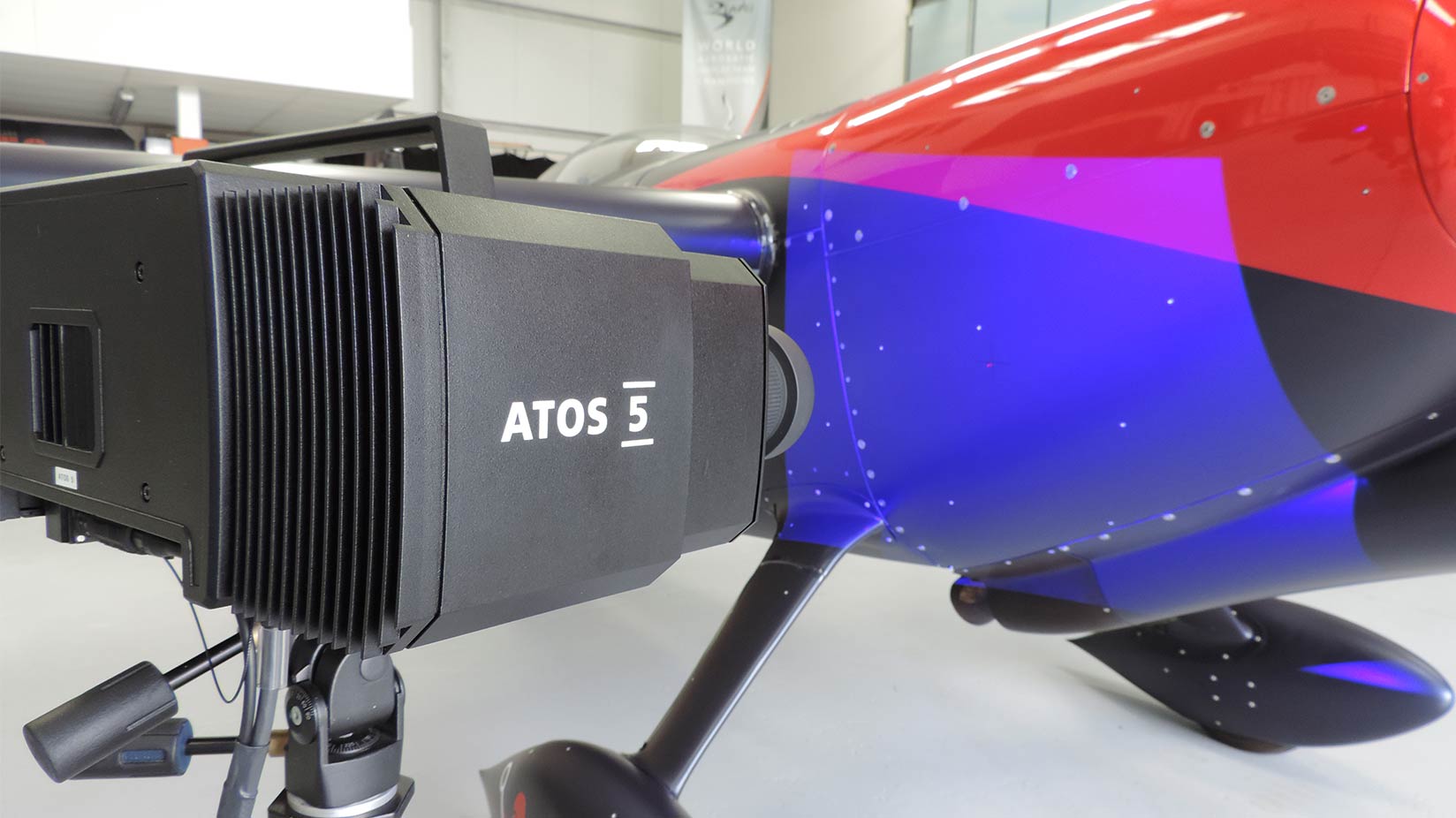 The Blades Racing Team have entered the Red Bull Air Race World championships with their Edge 540 aircraft, which is being flown by Lead Pilot Ben Murphy. Physical Digital were asked to assist them in capturing vital data from the aircraft which will support them with their ongoing analysis and any help determine any future design modifications.

The ultimate goal is to help improve performance and make the plane faster. Having worked within the aviation and aerospace industry for many years providing 3D scanning, design and reverse engineering solutions, our engineers have the expertise to be able to support The Blades with their mission. 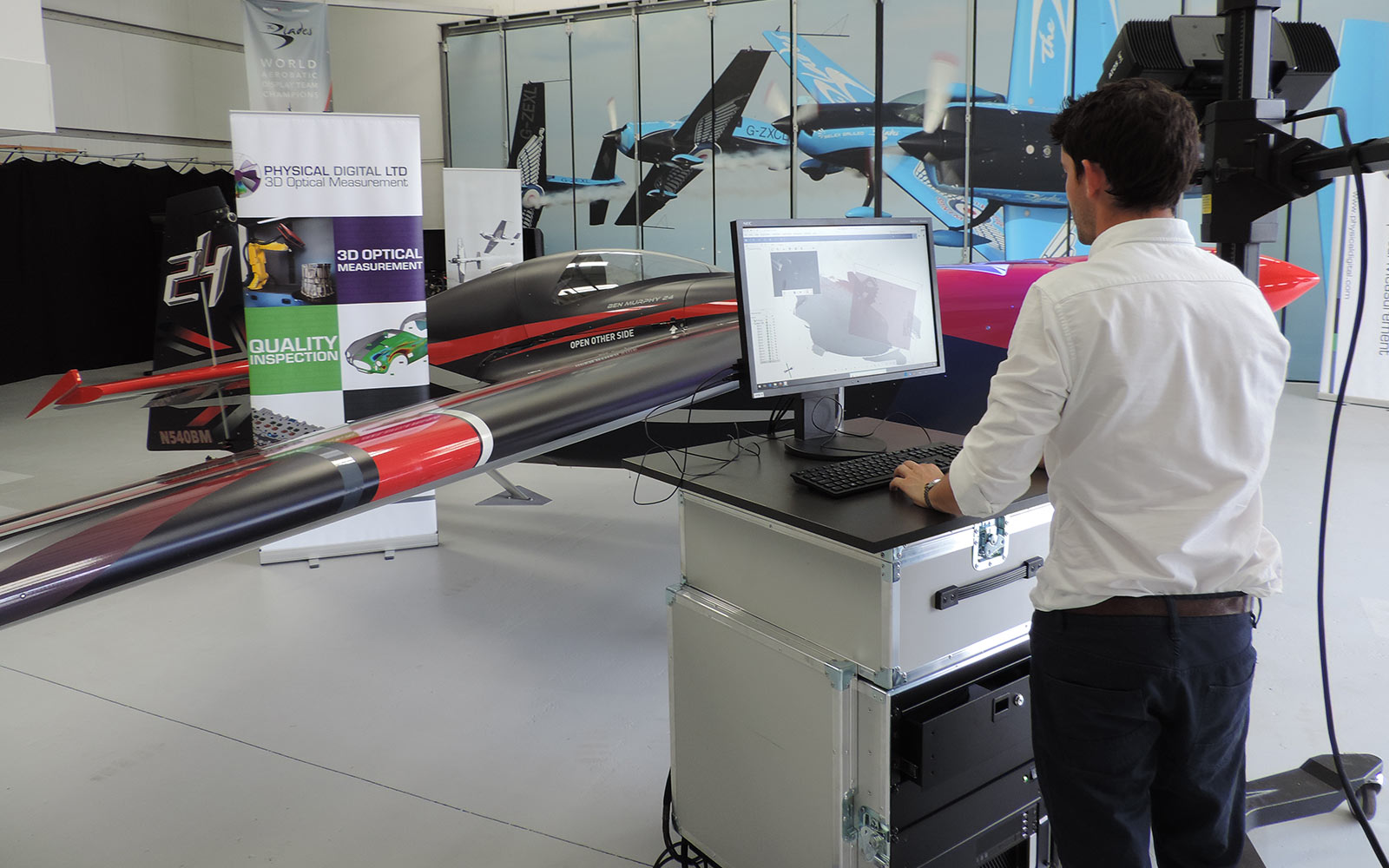 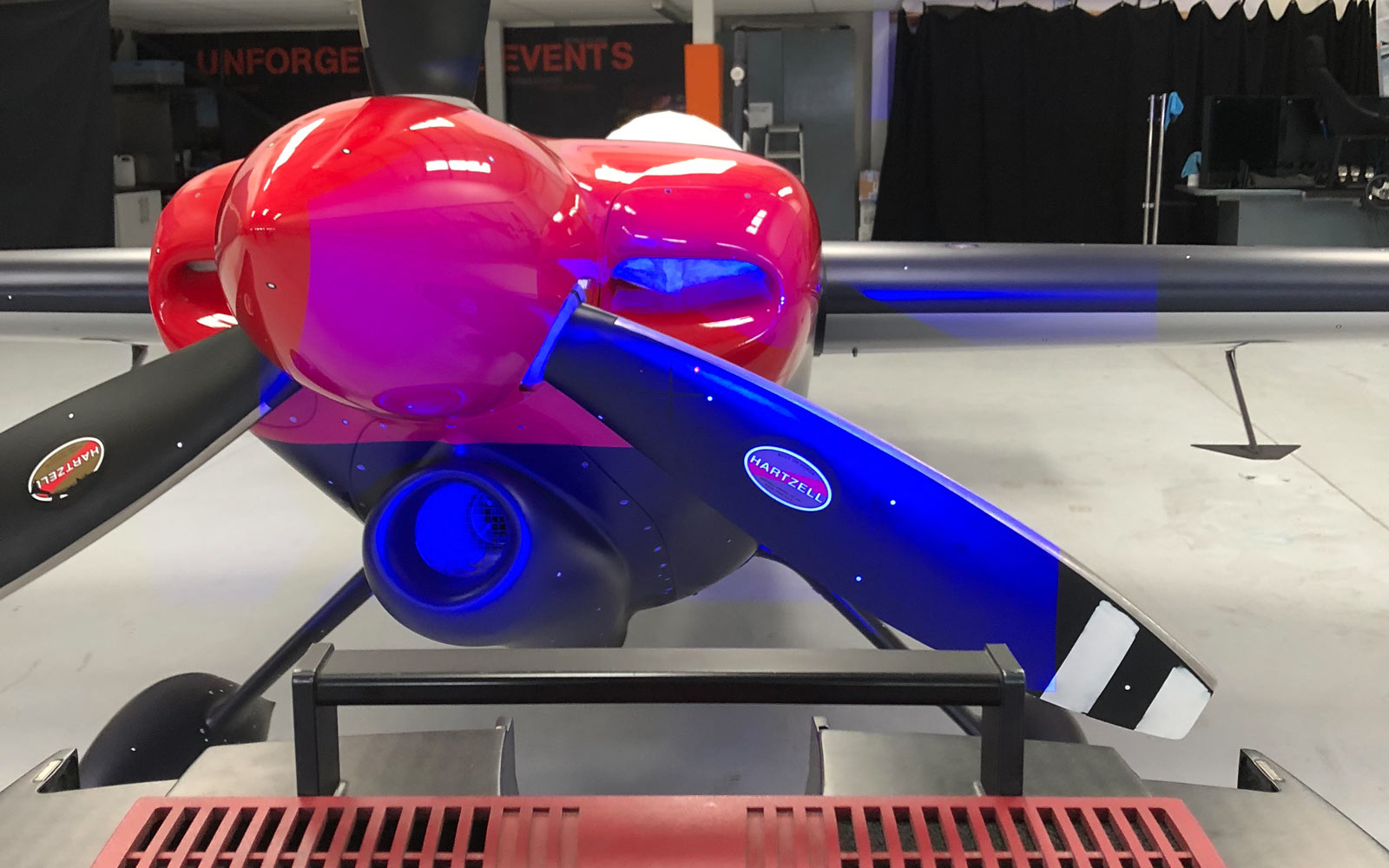 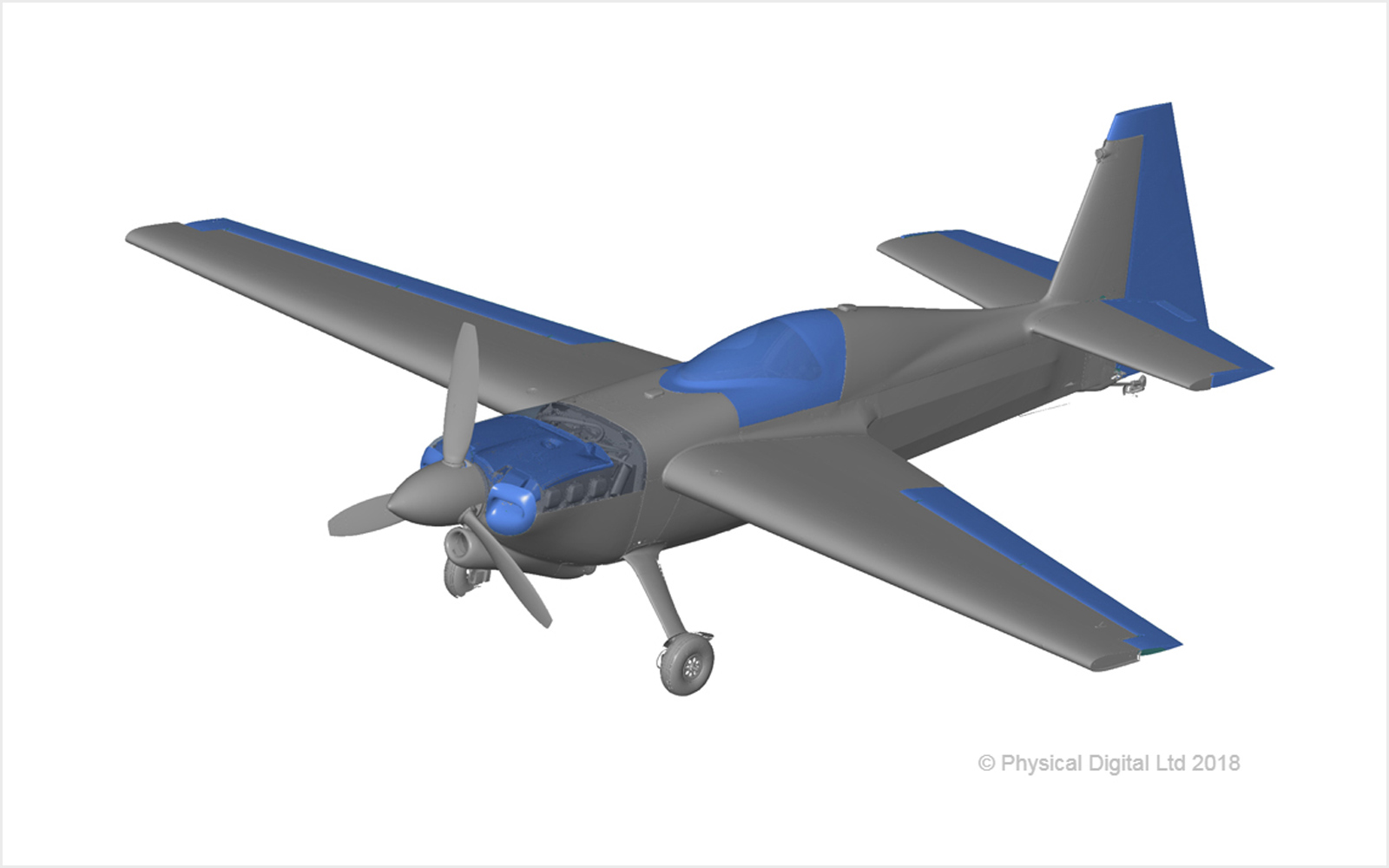 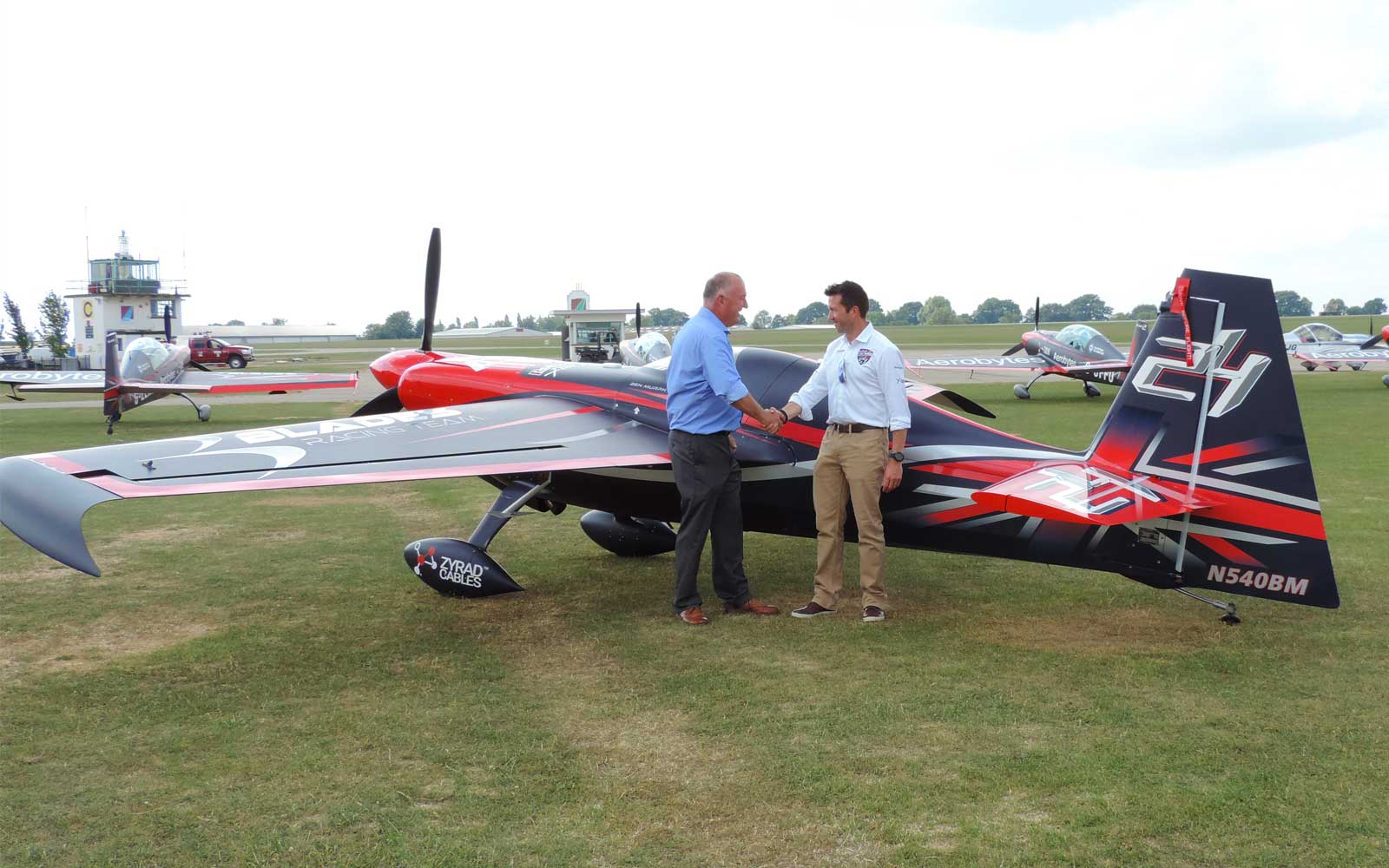 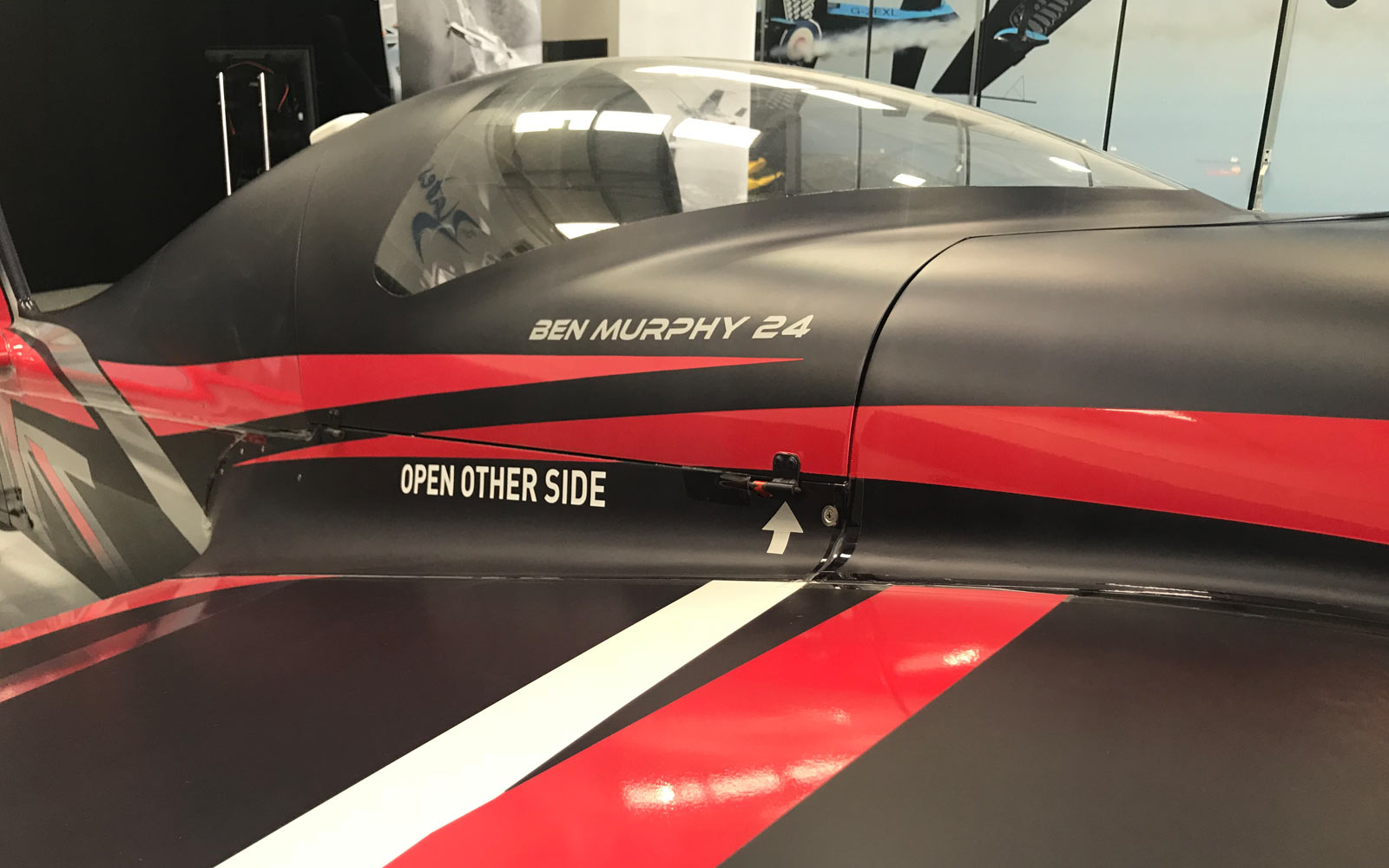 Our mobile team visited the Blades at their base in Northamptonshire, UK to capture highly-accurate data of the Edge 540 using the industry-leading GOM 3D measurement systems structured light (3DSL) measurement system ATOS 5. A combination of Photogrammetry and Scanning was used to capture surface data of the plane. To begin, a series of coded and un-coded markers were placed on and around the aircraft, along with calibrated scale bars which are placed next to the plane to define the relative size.

Using our GOM TRITOP photogrammetry system, multiple images were captured to precisely and accurately triangulate the position of the reference points in 3D space. These coded markers are used to orientate the images together which subsequently position the un-coded markers to a point cloud forming a reference frame of these markers, ensuring the global accuracy of the scan.

Our team then used the ATOS 5 optical scanning system, which projects a three-dimensional structured light (3DSL) fringe pattern onto the aircraft. Using triangulation principles, the sensor accurately measures the divergence and convergence of the pattern, creating a high density point cloud of surface measurements.

Post processing within the GOM software ensures traceability, exporting the data set as a .STL format. Using specialist CAE software, the data is fully aligned and then reverse engineered to produce a CAD model of the Edge 540 for future downstream use in various CAE packages i.e. CAD, FEA etc.

Looking to the future

Moving forward, Physical Digital will be working with The Blades Racing Team as a Technical Partner and supporting them with their ongoing measurement and development needs. Ben Murphy, Lead Pilot commented: “This is a huge partnership for us. Physical Digital are assisting us to reach the next stage in critical development of our Edge 540 Race plane. With accurate data and more precise knowledge of our current aerodynamic strengths and weaknesses we can focus our strategy and align our modification packages. Knowledge = power and hopefully speed and results will follow.”

”With accurate data and more precise knowledge of our current aerodynamic strengths and weaknesses we can focus our strategy and align our modification packages. Knowledge = power and hopefully speed and results will follow.

To find out how our 3D scanning services carried out by our expert engineers can add value to your business and transform your project call us, email or fill out the contact form.