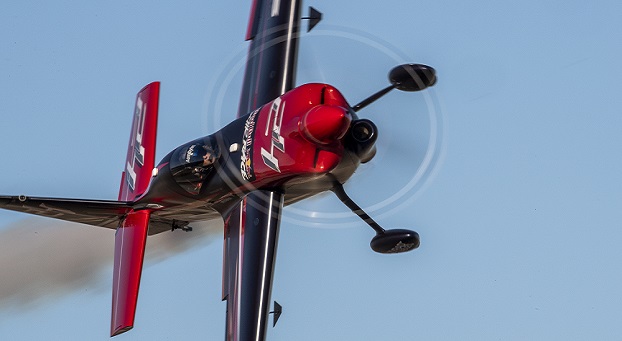 At the Red Bull Air Race season finale in Fort Worth, USA on Sunday, British pilot Ben Murphy finished in the Final Four for the second stop in a row, clinching the best rookie-season performance of any graduate of the sport’s second competition category, the Challenger Class.

Fort Worth, USA – Murphy and his Blades Racing Team burst onto the World Championship scene with a stunning sixth place at February’s season opener in Abu Dhabi, ultimately accumulating a substantial 29 points across the eight races to finish seventh overall. The season finale at Texas Motor Speedway was a roller-coaster for the British team, seeing them recover from 12th place in Qualifying to their fourth position in the race, a mere 0.1 second between Ben and his fist podium position.

“It’s the fairytale ending of our first season. When I think back to that first race in Abu Dhabi, I don’t believe we could’ve thought that we could achieve this much in such a short space of time,” said Murphy, a former Team Leader of the RAF aerobatic team, the Red Arrows. “I’m ecstatic, not just for me, but for the whole team as well. It was a really difficult race, because we just couldn’t dial it in during Free Practice and Qualifying. And when I came to the Race Airport today, I didn’t expect to be in the Final Four. But what a way to go into 2019.”

For the second year in a row, the Red Bull Air Race World Championship came down to the final flight of the final race, and both times, the pilot under pressure was Martin Šonka (CZE). Last year, the Czech ace saw the title slip through his fingers. In Fort Worth, it was the USA’s Michael Goulian who came into the season finale with the overall lead, but after barely making it out of the opening round due to engine issues, he faced Šonka in the Round of 8. Two penalties for the American gave his Czech rival the advancement, and then the title was down to Šonka and Australia’s Matt Hall as they flew in the Final Four along with Murphy and American Kirby Chambliss. Hall topped Chambliss and Murphy with 53.100s before Šonka claimed the title with 52.796s.

When the race awards were handed out at Texas Motor Speedway, the cheers for third-place Chambliss, a Texas native, were as loud as those for race winner Šonka and second-place Hall. Then, when the World Championship trophy was presented, Šonka was sprayed with champagne by Hall and Goulian, in the biggest celebration of the season.

The Team at Physical Digital® have been avidly following Ben Murphy and The Blades Racing Team’s “Rookie” journey during this Red Bull Air Race World Championship. We have been proud suppliers of 3D Measurement for this Edge 540 aircraft, flown throughout this Championship, which has allowed the team to conduct analysis using CFD and make design modifications using the reliable and traceable data, with the aim of improving overall performance.

The dedication and hard work of this team has delivered fantastic results for them and we are so excited to see how they prepare for next year. We are sure Ben Murphy will continue to achieve great things for The Blades Racing Team. Well done and huge congratulations to them all! 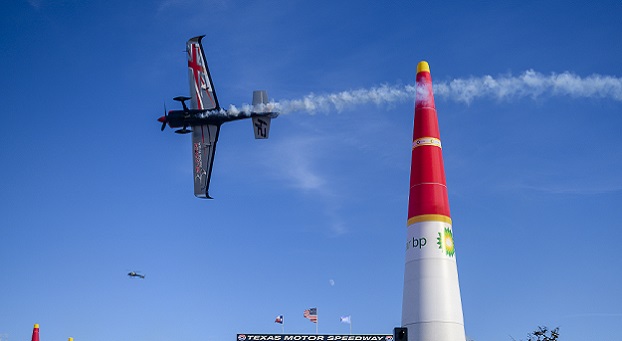 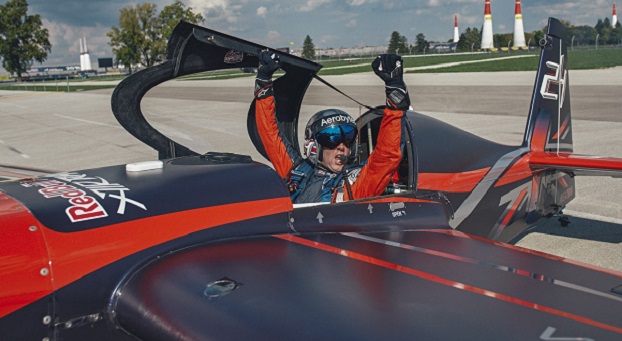 Created in 2003, the Red Bull Air Race World Championship has held more than 85 races around the globe. The Red Bull Air Race World Championship features the world’s best race pilots in a pure motorsport competition that combines speed, precision and skill. Using the fastest, most agile, lightweight racing planes, pilots hit speeds of 370 km/h while enduring forces of up to 12G as they navigate a low-level slalom track marked by 25-meter-high, air-filled pylons. In 2014, the Challenger Cup was conceived to help the next generation of pilots develop the skills needed for potential advancement to the Master Class that vies for the World Championship.