A roller-coaster weekend for WSR at Donington Park 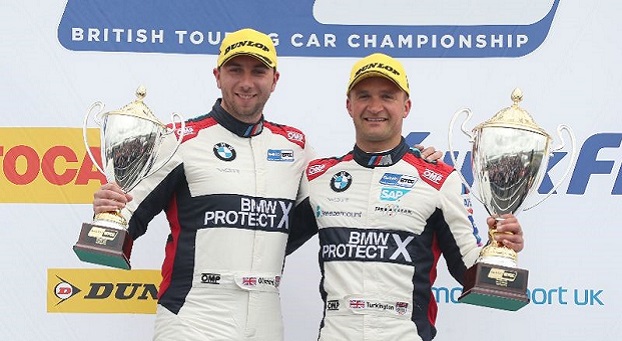 Team BMW and Colin Turkington claimed a sensational Donington Park double win to soar to the head of the British Touring Car Teams’ Championship with the new 330i M Sport. Colin’s pair of victories for the WSR-run team made him the top scorer of the weekend and moved him up to third in the Drivers’ standings; just five points off the top spot.

And there was more success for Team BMW as Tom Oliphant scored his first BTCC podium finish with third in Race One and both drivers finished all three races for the second meeting in a row. Having qualified on pole position, Colin got his race weekend off to a perfect start with a lights-to-flag victory in Race One. He made a clean getaway and, after twice pulling away from the field (only for a Safety Car to close the gap), the Northern Irishman stretched his lead to win by 2.254 seconds.

An almost identical second race, including two Safety-Car periods, resulted in another victory – one more than me managed across the whole of his 2018 title-winning season!

It was far from easy, as he had to manage the 54kg success ballast that had been added to the car – and which he would also carry in the third and final race.

Starting 10th for the finale; and enabling the team to run the new car on maximum success ballast and on the hard slick-tyre compound for the first time – it proved successful, with ninth place the result. Team-mate Tom made a magnificent start in the opening race to move up three spots to sixth; cementing the overtaking with a brave manoeuvre around the outside of Redgate corner.  Enjoying a return to rear-wheel drive racing, the Leamington Spa racer moved into third by mid-race distance and, having opened up a nice gap to fourth, consolidated his position to score his first BTCC podium.

Tom made another magnificent start in Race Two, momentarily moving up to second before becoming embroiled in a close battle for a podium position. Carrying 42kg success ballast, he slipped to sixth and looked set for another very strong result, before an ambitious overtaking move from behind spun his BMW 330i M Sport at Redgate corner on the penultimate lap.

He resumed in 17th; a great shame after showing such a good race pace and compromising his race three ambitions. Tom also used the hard compound slick in Race Three which, apart from the Thruxton test, was the first time he had driven on it. Starting 15th, he did extremely well to finish a trouble-free 13th.

Colin Turkington said: “It’s been an excellent weekend. What pleases me most is to score well in all three race; it’s no good having two wins and a DNF, you have to put good points in the bag three times. Ninth in race three, with full success ballast and the hard tyre, is an excellent result and we’ve also learnt a lot from race three.” 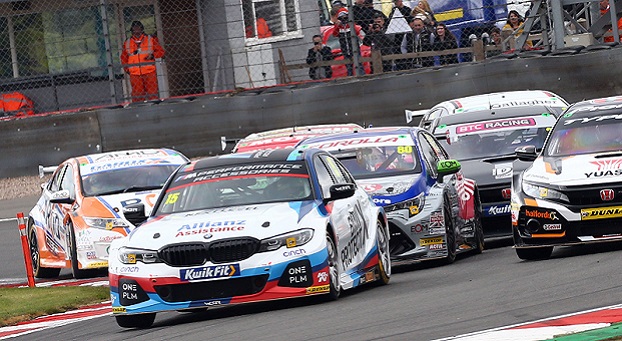 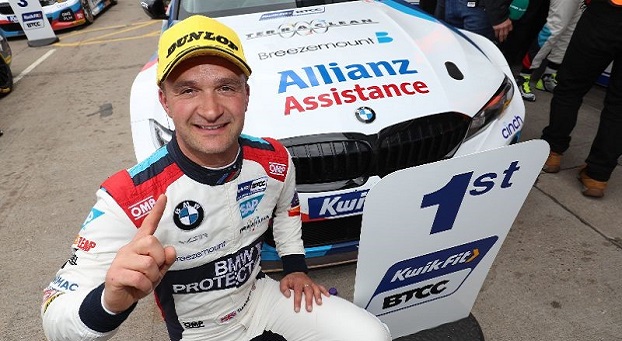 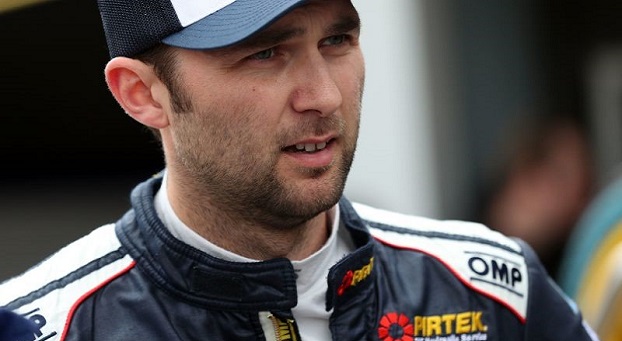 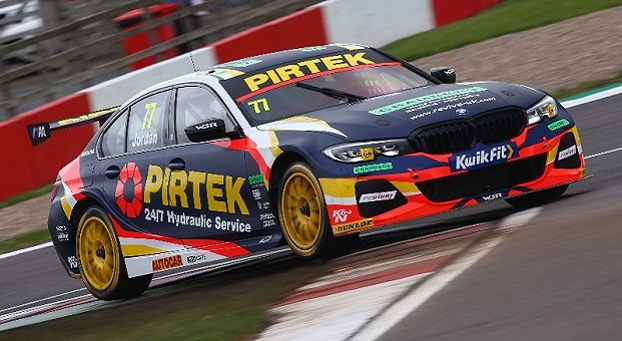 Tom Oliphant said: “I was very pleased with my Race One podium finish, it was a dream start, but the rest of the day didn’t really go to plan. Overall, it’s been a weekend of missed opportunities, having been spun around in the second race, but on the flip side I’ve scored my first BTCC podium. It’s almost silly feeling disappointed given our race pace today, and I’m leaving Donington confident that there are many more podiums to come in the new 330i M Sport”.

Dick Bennetts, Team Principal, said: “We’re still learning with the new BMW 330i M Sport and it certainly has a great deal of potential. It’s reliable too, as Colin and Tom have finished every race so far this season. This weekend we ran the car without weight, then with maximum success ballast and then with weight on the hard tyre in a race for the very first time, and whilst we still have a lot to learn everything appears very positive going forward. To have a brand new car and to finish so well in the points in each race, and to be leading the Teams’ Championship at such an early stage of the season, is very encouraging.”

BMW Pirtek Racing driver Andrew Jordan missed out on a chance to score more British Touring Car Championship points after a crash in the opening race at Donington Park on Sunday damaged his BMW 330i M Sport and saw the 2013 champion taken to hospital for a precautionary medical check.

The 29-year-old Lichfield driver, who had given the brand-new BMW 330i M Sport its first race victory at Brands Hatch, had made a good start to the race.

But his race weekend came to a dramatic end on the opening lap at the Old Hairpin when he was hit from behind and spun sideways in the middle of the 30-car field.

Unfortunately the WSR-run BMW sustained a second sizeable impact when another car then hit him hard in the driver’s door, which started a multi-car collision.

Andrew exited his race car and walked to the attending medical vehicle, but was in some discomfort from the hefty side impact. He was taken to hospital for a precautionary check, where it was found he had bruised the cartilage on his torso.

This, together with the damaged sustained to the car, meant that he was forced to miss Races Two and Three – although he did return to watch the third and final race from the BMW Pirtek Racing pit garage.

Andrew Jordan said: “I had a cracking start, but when you’re in the midfield you can find yourself in amongst the idiots. I gave Rob [Collard] racing room; more than a car’s width, but he harpooned me in the rear and turned me around at the Old Hairpin. I was parked across the track and received a second really big hit in the door by Adam Morgan, although that wasn’t his fault. The safety cage has done everything it’s been designed to do, and full credit to WSR and BMW for building such a very strong car. It’s just a very unfortunate and frustrating incident, because we should have had a very strong day today.”

Dick Bennetts, Team Principal, said: “AJ has a few aches and pains, which is not surprising after a hard shunt like that, but it’s good to see that he has incurred nothing worse. We’ve built the new BMW 330i M Sport to 2020 FIA regulations, which we decided to do when the regulations were published earlier this year, and that might well have helped with this heavy impact. He’s a tough lad and we’ll get the car repaired and ready for him to bounce back next time out at Thruxton.”

Physical Digital are proud Technical Partners of WSR, supporting them with their 3D Scanning, reverse engineering and quality inspection requirements.

The next BTCC race weekend takes place at Thruxton on Sunday 19 May.